Posted by The Chief Justice Hollywood 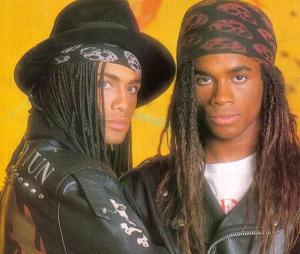 It’s an amazing story of scandal, controversy, and ultimately of triumph as we feature over two hours of Fab Morvan.  From Fab’s time as a duo with Rob Pilatus as the face of Milli Vanilli, on to their music as an actual singing duo, and finally to his place as a respected solo artist, this episode covers it all.  Plus we also discuss issues such as the special challenge that Audi has when making cars for India, the basketball player who stole a taco, and we even get a a special cameo appearance by the Super Mario Brothers!